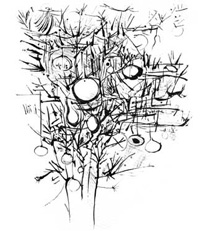 Because the South is so clearly defined as a region in the American imagination, it serves as a touchstone for examining questions of how regional identity shapes personal experience, influences public art and debate, and informs national character. What are the connections between the region and the nation, the local and the global, the particular and the general? This symposium asks Southern scholars and natives to explore the links between identity and region, between sense of self and sense of place.

Scott Cowen is the 14th president of Tulane University. He established the Presidential Symposia as part of Tulane’s ongoing effort to showcase areas of excellence and explore current research topics with members of the campus community and the greater New Orleans community.

Nick Spitzer is a professor of folklore and cultural conservation at the University of New Orleans, and the producer and host of American Routes, a weekly two-hour Public Radio International program devoted to American music and culture from a Gulf South perspective. Having initially worked in African-French Creole communities, Spitzer also served as the first Louisiana State Folklorist, and later as senior folklife specialist at the Smithsonian Institution. A producer of films, recordings, festivals and exhibits, as well as an author devoted to the cultures of American communities, Spitzer co-edited Public Folklore, a seminal work examining the use of the vernacular in modern society.

William Ferris, a native of Vicksburg, Miss., is currently the Joel R. Williamson Distinguished Professor of History and senior associate director of the Center for the Study of the American South at the University of North Carolina-Chapel Hill. He served as director of the National Endowment for the Humanities from 1988 to 2001. He has written or edited 10 books, including the massive Encyclopedia of Southern Culture. Of the 15 documentaries he has filmed, his Mississippi Blues (1983) was featured at the Cannes Film Festival. Widely regarded as a national expert on blues music, he has won many honors including the highest U.S. award in the humanities, the Charles Frankel Prize. He also has published his own poetry and short stories. Ferris has long advocated a deeper understanding of the concept of “place” in American scholarship, as shown by his National Endowment for the Humanities initiative to fund regional humanities centers such as the one at Tulane.

Noel Polk is a professor of English at the University of Southern Mississippi and is considered to be the world’s leading authority on William Faulkner and Eudora Welty, two writers who stand as icons of Southern literary heritage. Among his numerous publications are complete concordances and critical studies of Faulkner’s works and a bibliography of the works of Eudora Welty. He has co-edited several more volumes, including Intertextuality in Faulkner and New Essays on The Sound and the Fury, a volume in “The American Novel” series from Cambridge University Press. He has held an ongoing interest in documenting his own experiences of the South. He edited Mississippi’s Piney Woods: A Human Perspective and most recently has written Outside the Southern Myth, a personal narrative of growing up in Picayune, Miss.

Natasha Tretheway is a poet who grew up on Mississippi’s Gulf Coast and is now an associate professor of creative writing at Emory University. She is known for her brilliant historical poetry, which, while recreating lives from the past, initiates conversations about current culture. She won the first-ever Cave Canem Prize in 1999 for Domestic Work, which also won a Pushcart Prize and the Lillian Smith Book Award. She has received a fellowship from the National Endowment for the Arts and the Grolier Poetry Prize. Her poems have been featured in the New England Review, Southern Humanities Review, The American Poetry Review and Callaloo, and are included in anthologies such as Giant Steps: An Anthology Of New African-American Writing and The New Young American Poets. Her newest book is Bellocq’s Ophelia.